SHTFPreparedness may collect a share of sales or other compensation from the links on this page.

Lard is amazing. Let’s just be honest about it. It got a bad rap in the late 80s and early 90’s because many people thought it was the sole purpose of their heart problems. While the American public ate processed foods and sucked on cigarettes they wagged their fingers at things like lard, bacon, eggs and other sources of saturated fat as the sole reason people were blowing valves.

We know better now don’t we.

Lard can be used for all sorts of things and it is such a great ingredient. It imparts such incredible flavor on foods. The process of rendering lard is very simple.

Once you have it jarred up and stockpiled it is going to last a very long time. No one really knows how long your grandmothers coffee can of lard lasted but it may have outlived her.

Lard is a great medium for frying and sautéing foods. This product imparts that great flavor but its also a cooking fat that preppers can create themselves if they have access to pork fatback. Most preppers are light on the cooking oil stockpile.

Lard really shines when it comes to things like pie crusts and other baked goods. It is also one of the very best ingredients when making biscuits.

There is no better way to store lard then in a glass jar in the fridge. You will get the most shelf life out of it this way without messing up the flavor. While frozen lard will last longer it will take on the taste of the freezer over time.

A true SHTF food, lard can help you on all sorts of fronts and it’s something you should start using and preserving today. It’s a much better alternative than something like vegetable oil, which is made of all sorts of artificially derived oils. Bonus: Root Cellar That Can Be Used as a Bunker

If you can’t afford the box culvert option you can look into is building a backyard root cellar that can be used as a bunker.

If you want to learn how to build a backyard bunker like your grandparents had, without breaking the bank, then check out Easy Cellar.

Easy Cellar will show you:

Easy Cellar will also show you how a veteran, with only $421, built a small nuclear bunker in his backyard.

How to Choose the Best Tactical Combat Knife

How To Build An Emergency Gas Mask

How To Make Your Own Hydro Power 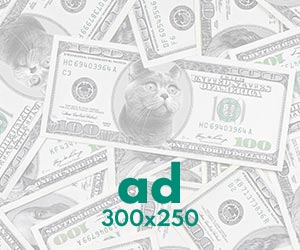 Emergency Shelters: How to Make Yours Last

SHTFPreparedness may collect a share of sales or other compensation from the links on this page. One of your top

How to Install Your Own Off the Grid Well

How To Store Drinking Water For The Long Term

How To Get Solar Panels For Your Home (For Free)

8 Snow-Hardy Vegetables You (Really) Can Grow During Winter